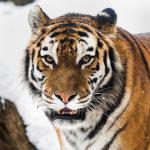 When it snows, it is worth visiting the zoo, since the park turns into a snowy wonderland. Besides the beauty of the landscape, many animals also offer stunning views in this environment.

Everyday life of an infant gorillaJanuary 17, 2020

In our latest short film, you can see that Indigo, the infant gorilla, born in December 2017, is not only the youngest in the team, but also probably its most mobile member.

Family cake eating with the elephantsJanuary 6, 2020

Arun the little elephant has just celebrated his second birthday. In our latest short film we recall the moments of ingesting a birthday cake in the family circle. Those who missed it can make up for it, and those who were there can relive the experience. 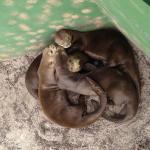 We've written about our giant otters several times this week, but the latest news is still to be shared: Our female, Cumana, will soon be accompanied by a male animal called Madidi from the Madrid Zoo. He is also on the picture in the dogpile. 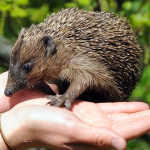 In the autumn, hedgehogs living in the wild are threatened by fires and also, by the lack of time for the young born at the end of summer to reach the right condition before their winter dream begins. Let’s help them together. 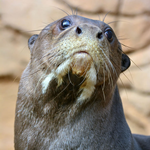 Alondra, a female giant otter, had a few months of chewing on the fish prepared by caretakers at our Zoo but, as part of a resettlement programme, she is now doing the same with the prey in she catches herself in the Ibera National Park, Argentina. 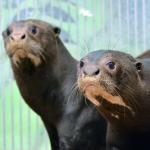 In September 2014, a little over five years ago, we began to keep rare Brazilian Giant Otters. This week, in several successive writings, we're trying to summarise what has happened to them over the past half-decade. 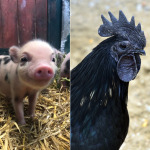 In addition to the wide variety of wild animals that are mostly native to distant landscapes, we also find it important to introduce and pass on knowledge about domestic animals. 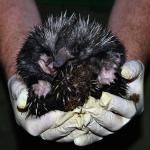 Another short film about the world wonder hatched from an eggOctober 24, 2019

Although we can only show the public a short film now, it is a very important, world-class professional achievement for our echidna puggle, who has developed a great deal in recent months.

In Madagascar, the lemurs, belonging to the family of Lemuridae, exist in two different colours: black and white and red and black. Both species are critically endangered, and both can be seen in our Zoo, of course, in the Madagascar House area.